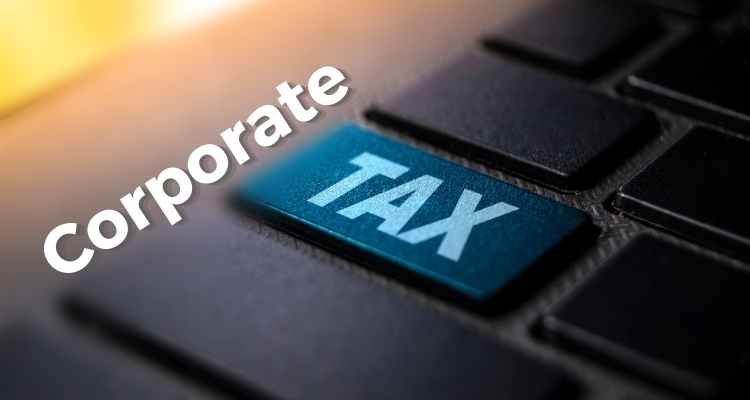 Get A Free Consultation

What is the new Corporate Tax in UAE?

The ministry of finance of the United Arab Emirates has said that it will begin to tax businesses on their profits like other countries usually do. This is also known as corporate tax (CT). And the UAE will implement this new rule from June 1, 2023. This new law or legislation is being analyzed by many stakeholders of companies in the UAE. The government wants them to study the new features of this CT legislation before releasing it.

The UAE doesn’t have a regime or system to tax businesses. CT is now decided on an emirate level by tax decrees. In the UAE, their ruler implements taxes on areas that they want. Right now, they are taxing oil and gas companies and also foreign bank branches.

But other than that, the UAE has over 40 free zones which are independent, with their own rules and regulations. Many companies situated in these zones benefit hugely from their no-tax system. Further, the UAE also has not yet begun to tax employment-based income. This means a normal person also doesn’t have to pay income tax.

Companies that are incorporated or legally based in the UAE in the form of LLCs, PSCs, PJSCs, and other kinds of entities or businesses which have a legal personality. For instance, LLPs and partnerships are limited by shares.

And firms that are not registered will be declared transparent for UAE CT purposes. Their partners or members may be held responsible for paying the taxes. And suppose a business is operating in the UAE from another country; now, if the business is transparent, the government will have to tax them as per the tax laws of that other country.

Now, if the earns his income from the UAE’s mainland, where taxes are applied, he’ll be taxed. But the part of his income that comes from free zones or other areas will not be subject to tax.

And let’s say he earns income from UAE in his free zone, but his company doesn’t have a branch on the mainland. In this scenario, if his income is passive, i.e., to a certain extent, he won’t be taxed. Let’s go a bit deeper into this. The term income means the interests, royalties, capital gains, and dividends from his owning shares in companies that are in mainland UAE.

Furthermore, the 0% tax rule will stay the same for transactions between free zone companies and their branches in mainland UAE. But if a mainland branch makes any payments to the free zone branch, it will be taxed.

Normal people won’t have to pay income tax in the UAE if they’re not doing business. And those who have some proprietorship or are doing any form of business in the UAE will be taxed.

Based on these rates, corporations will be taxed on their annual income.

● An income that is more than this is yet to be determined for how much to tax.

Who are the exempt entities?

These entities won’t be included in the new CT regime.

● The federal UAE government, Emirate government, the authorities, public institutions and the departments that fall under them.

● Companies that the government owns

● Businesses that are already taxed; oil and gas extraction companies

As previously discussed, where the owner is located plays a big role in determining the corporate tax. And therefore, the UAE decides on the tax of these residents by the principles of other nations.

For example, Suppose a person lives in America, but his company is incorporated or legally formed in the UAE. In that case, this will make him a resident of the UAE, but for only purposes related to corporate tax. Furthermore, if any person does any commercial activity or business in the UAE, he will have to pay corporate tax.

In short, if a company is located in another country, but its activities are properly controlled and managed in the UAE, it will be required to pay the tax. It would be best if you saw whether the decision-makers and managers of the company are situated in the UAE.

It can be understood that if the business is managed and controlled in the UAE, it will be taxed on all the income it makes, be it in the UAE or worldwide. This is because it makes them a legal entity.

However, a business that is not managed in the UAE but only does commercial activity in the nation will simply be taxed on its income from the UAE.

Taxes serve the countries by being their primary source of revenue. This is the best way to fund public expenditure across countries. But we need to understand that there’s a difference between direct tax like a corporate tax ( CT) and indirect tax like excise tax and VAT.

VAT and excise taxes are paid by the final consumer of the product or service. But businesses do the work of collecting these taxes for the government. So businesses have to work and note the accounting for the VAT and excise taxes; however, they won’t have to pay taxes, and their buyers will pay them.

Other than that, this huge move by the UAE signals that it wants to enlarge its dependency from only oils and gases to other sources. The times of the future will give an edge to transparency.

And if the UAE doesn’t comply, it will hopelessly lose to its competitors. This move also indicates that Saudi Arabia is looking for new ways to become a hub for multinationals. Moreover, this is more like a clean-up. Businesses that are not conscious or don’t respect the nation’s social vision will be wiped out.

This means that the future is shining for those businesses in the UAE which will work for profits, not pushing away their responsibilities for the nation’s social and economic development. Companies will have to do best practices to contribute well.

As you have seen, the government will charge a 9% tax to businesses. In response to this, some businesses will try to raise their prices to enjoy the same profits they did before.

However, the consumers will surely not respond well to the price hikes. Therefore, businesses will have to find new ways to remain profitable after implementing the corporate tax. Some interesting things they can do are cut costs and seek investments to grow their businesses.

“I have tried many accountants and bookkeeping services in Abu Dhabi. They have been good but not excellent. This is why I am very happy to say that I found, what I think, is the best bookkeeping service in Abu Dhabi. They are very professional and trustworthy. I left my books in their hands and didn’t have to worry about anything. They know exactly what they are doing and I am sure you will be delighted by their great work. “

If you are looking for an audit firm or tax consultancy in Abu Dhabi then here is the right choice. Click below to contact with us